Posted at 12:48h in normal by winfocus 0 Comments
0 Likes 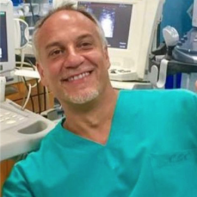 After the introduction of ACLS protocols, the prognosis of cardiac arrest has now significantly improved.

The early and rapid onset of chest compressions with minimization of the interruption times of cardiopulmonary resuscitation are strongly recommended by the guidelines for the management of cardiac arrest and peri-arrest.

These conditions can be only hypothesized clinically, while “bedside” ultrasound can be useful in recognizing them.

The use of US can also evaluate, in pre ACR and post Acr, the presence of blood flow in the femoral artery or carotid artery and to confirme the effectiveness of cardiac massage. I

In 2007 Breitkreutz et al suggested the use of an algorithm called “FEEL” (Focused Echocardiographic Evaluation in life support) developed to be applied in association with ALS protocols, in order to identify /exclude some of the potentially treatable causes of ACR.