Posted at 11:28h in normal by winfocus 0 Comments
0 Likes 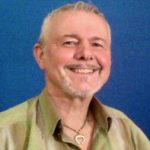 Bodo Wagner is a specialist in anesthesiology and intensive care medicine.

He underwent his basic medical studies at the University of Bonn, Germany, where he presented his medical doctoral thesis about experimental works on the blood serum of sepsis patients.

He has been working in Finland since 1991 and during this time he received his specialization in anesthesiology and intensive care medicine from the University of Kuopio (Eastern-Savo, Finland).

From 2001 to 2013 he worked as anesthesiologist and intensivist at the Central Hospital of Middle-Finland, Jyväskylä,
Finland.

From 2013 to 2017 he worked at the Uppsala University ‘Akademiska’ Hospital as an anesthesiologist and intensivist.

Since 2017 he has been working at the Central Hospital of Southern Savo in Mikkeli, Finland. He began to use Critical
Ultrasonography in his clinical work after receiving instruction and training at the WINFOCUS SMART course in Milan in 2009.

He is currently teaching focused heart and lung ultrasonography to anesthesiologists, intensivists and emergency doctors all over Finland. Another field of interest, practicing and teaching is the concept of Enhanced Recovery After Surgery.