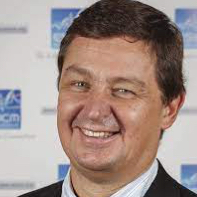 Dr. Daniel de Backer  is currently Head of the Intensive Care department of the CHIREC Hospitals (Brussels and Braine l’Alleud-Waterloo) and Professor of Intensive Care at the Université Libre de Bruxelles (Brussels).

Daniel has always been a very active researcher and hands-on clinician. This was reflected even during his presidency.

He was President of European Society of Intensive Care Medicine from 2014-2016.

Before becoming President of ESICM, he was particularly instrumental in his role as Research Committee Chair in setting up a European research network.

He was the co-Principal Investigator for the first large observational study of the ESICM Trials Group (the FENICE Study, ICM 2015).

Daniel De Backer has signed more than 300 articles. His name is linked to some of the most important research in the field of shock, sepsis and microcirculation. One of his most important studies regarding the role of Norepinephrine in patients with Shock changed practice worldwide.