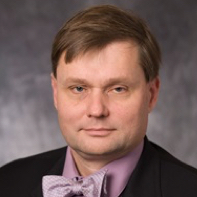 He is also Vice Chair and Co-Director of the EMG laboratory.

Dr. Preston received his B.S. in Biomedical Engineering, followed by Medical School at Case Western Reserve University. He completed his neurology residency at Tufts University in Boston, followed by fellowship training in Clinical Neurophysiology. He has previously been on staff at Tufts School of Medicine and Harvard Medical School.

Dr. Preston specializes in the field of neuromuscular disorders and electrodiagnostic testing, in addition to medical education.

Dr. Preston has lectured and published extensively and has authored more than sixty-five original articles in peer-reviewed medical journals and more than twenty-five chapters in various neurologic, orthopedic, and internal medicine textbooks.

He co-authored the textbook, Electromyography, and Neuromuscular Disorders, which is widely used in neurology programs in the US and abroad. He also co-edited several other textbooks on neuromuscular disorders.

Dr. Preston is very involved in teaching and education. He has trained over 50 neuromuscular fellows and over 300 neurology residents. The American Academy of Neurology recognized Dr. Preston with the Outstanding Program Director of the Year Award in 2016.

Dr. Preston is spearheading the education and novel use of neuromuscular ultrasound, where it is actively being used to diagnose many neuromuscular disorders.

Dr. Preston is married, with two daughters, one in college and one in high school. In his free time, he enjoys swimming, sailing, biking, and anything that has to do with technology.