Posted at 12:22h in normal by winfocus 0 Comments
0 Likes 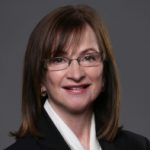 Dr. Mladenovic, an academic administrator and educator, developed her interest in point of care ultrasound in 2004.

Given her years of experience in medical education and training, she believed that POCUS would serve a critical role in creating the physician of the future.

Since that time, she has been active in SUSME and facilitated the development of POCUS in two institutions where she served in leadership roles.

Most recently, she served as President of the Foundation for the Advancement of International Medical Education and Research; and in her last academic position, she was Executive Vice-President and Provost at Oregon Health
Sciences University (OHSU).

Previously she held positions as senior associate dean at two universities, and as chairman or chief of medicine.

The creation of mutually beneficial partnerships between the academic health center and its communities have been a hallmark of her efforts.