Posted at 09:03h in normal by winfocus 0 Comments
0 Likes 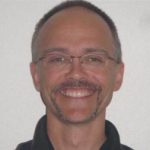 Dr Bowra is an emergency physician, hopeless sonophile and resident ultrasound tragic at Royal North Shore Hospital, where he does his best with co-lead Dr Minh-Tu Duong to get his colleagues and trainee doctors to clean the probes, look after the machines and generally take POCUS more seriously than he did as a trainee.

He is a big fan of WINFOCUS, not least because that’s where he first learned about Lung US!

He also loves telemedicine, and in 2016 founded My Emergency Dr, a 24/7 emergency telemedicine service based in Australia.

He is a published author, but sadly just textbooks, and his dream of writing The Great Australian Novel (or at least pamphlet) remains unfulfilled for now. He is a doting husband and parent, and his wife and daughter say he should get out more. He’s a top bloke and definitely did not write this bio.