Posted at 08:47h in normal by winfocus 0 Comments
0 Likes 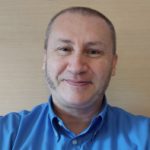 Head of the Emergency Department Lodi Hospital from 2020.